We call it “Sinker Belizean Mahogany”.  The wood is Genuine Mahogany, Swietenia macrophylla, from Belize, basically the same texture and color as the sought after Honduras Mahogany, but it is unique because it has been submerged in the rivers of Belize for 75 to 150 years!

In the early colonial days as Central America was being explored and settled by the Europeans (the indigenous people would say invaded and occupied) one of the first resources to be exported was the timber. By the early 18th century the old growth forests in Europe had been cut over. Adventurous entrepreneurs saw Europe as an ideal market for the importation of the old growth hardwoods of Central America. They braved the harsh environments of jungles, snakes, crocodiles and insects to harvest the timber and export it back to Europe.

The first species to be exploited was Logwood, prized by dye makers for its’ brilliant red color. The second most highly desired species was Mahogany. There were no roads in the jungles so the rivers were the highways. Logging crews would work year round felling the trees and dragging the logs into the rivers. The water preserved the wood from the sun, air, and insects in the dry season when the rivers were too low to float the logs to the mouths of the rivers. When the rains came the logs would be lashed into large rafts, floated downriver, loaded onto ships, and delivered to the European sawmills. BUT…not all of the logs made their way to river’s end. Some of the logs got water logged and sank to the bottom of the river in the holding areas while others got tangled in the brush and roots along the riverbanks and sank. Some people estimate that 30% of the logs never completed the journey. In Belize, which was British Honduras until its’ independence, the logging companies kept copious records of the upstream harvests and the arrivals at rivers’ ends. A lot of timber disappeared.

This would have been the end of the story if there were an endless supply of virgin timber in the world. As it happened, the majority of the easily harvested timber was rapidly exploited. What is left is a hardwood market highly regulated for sustainability. Following the lead of underwater adventurers around the world, crews started exploring and harvesting the river bottoms of Belize. At first Sinker Mahogany was used as a substitute for new Mahogany. It was soon discovered to be an exceptional tonewood. It seems that all those years “curing” at the bottom of crocodile infested rivers changes the structure of the wood to produce amazing voices in acoustic guitars. Furniture makers also prize Sinker Mahogany for the rich colors.

There is a limited supply of this resource so enjoy it while you can! 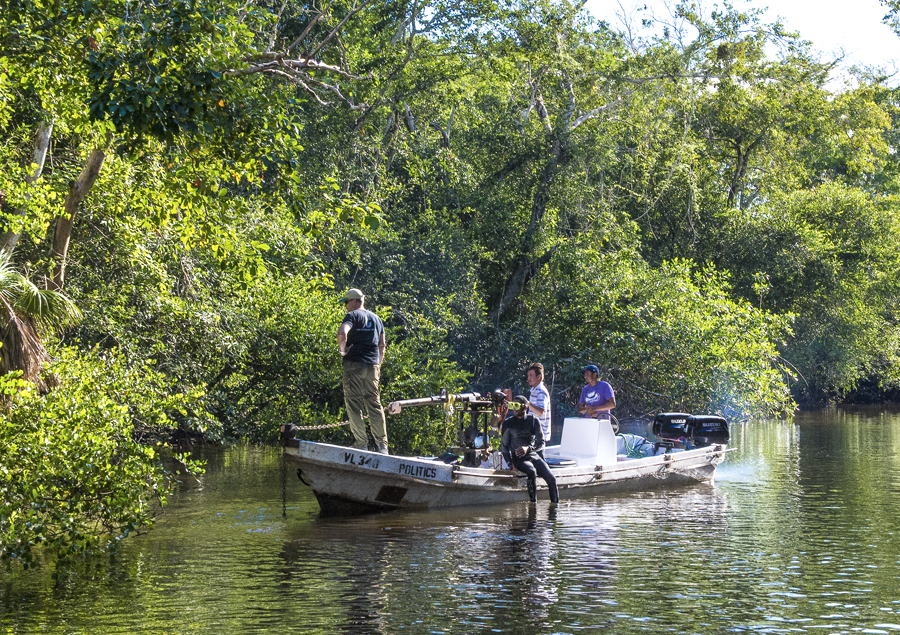 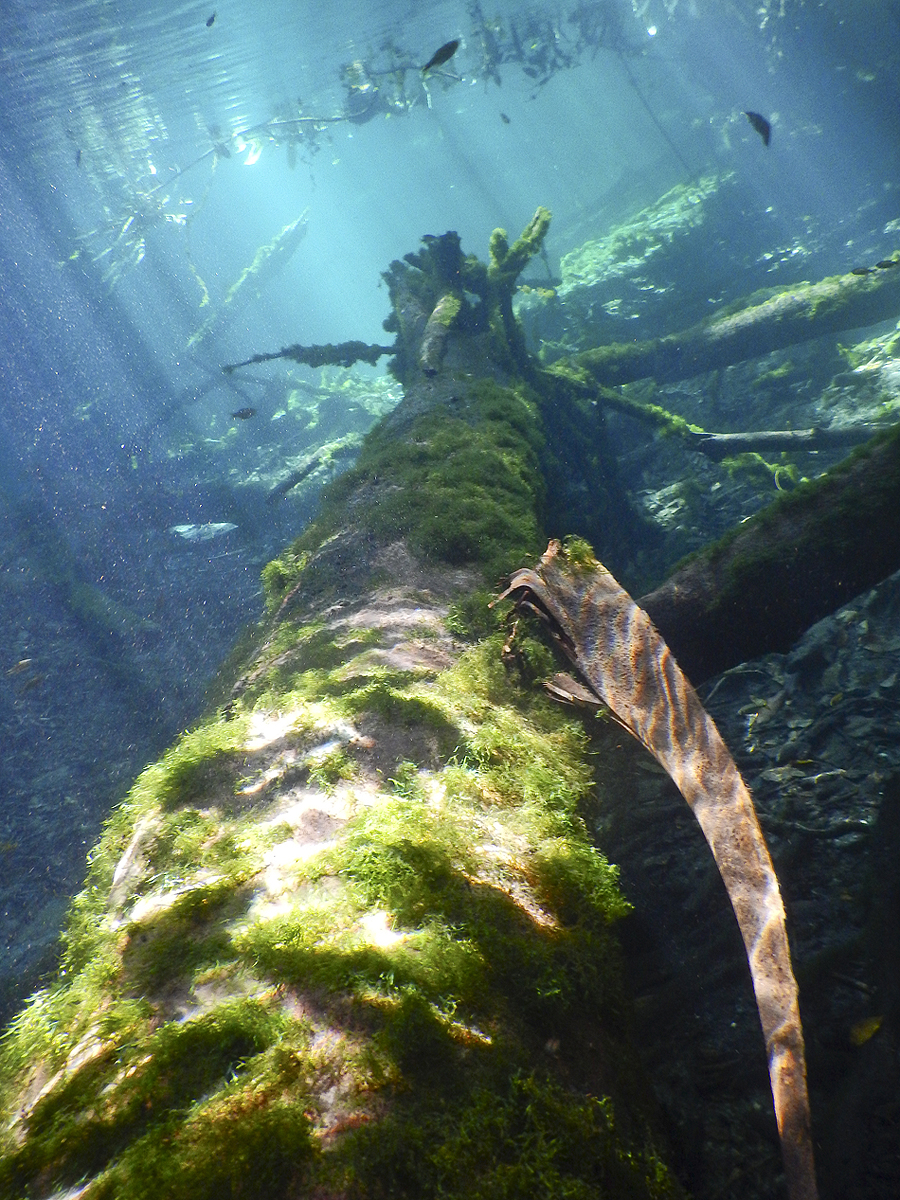 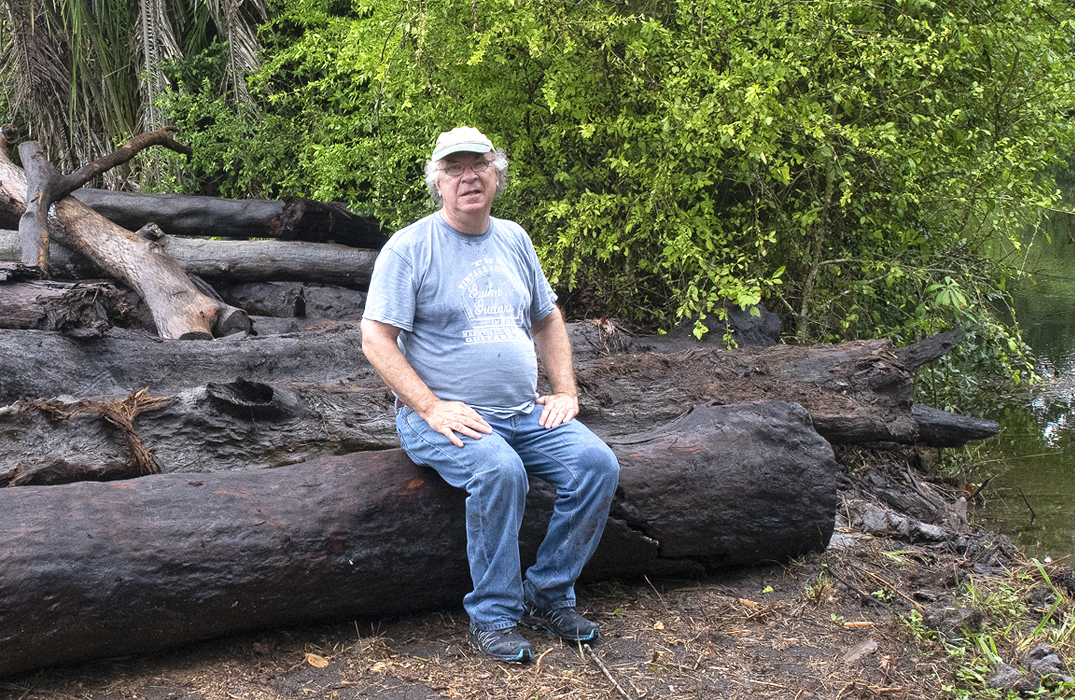 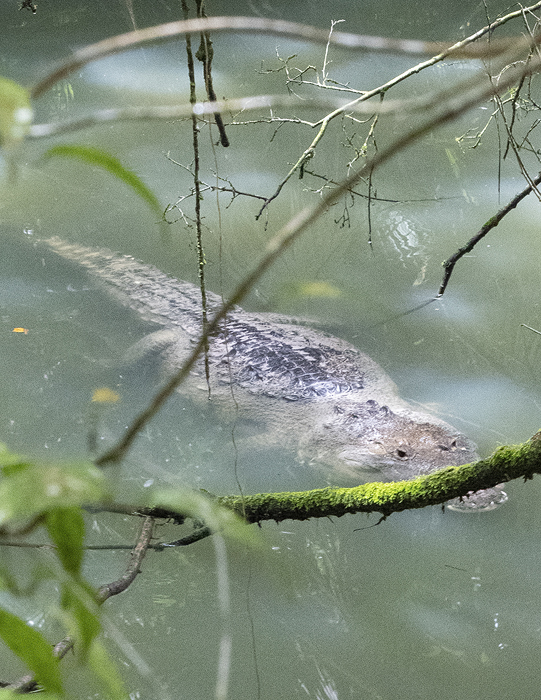 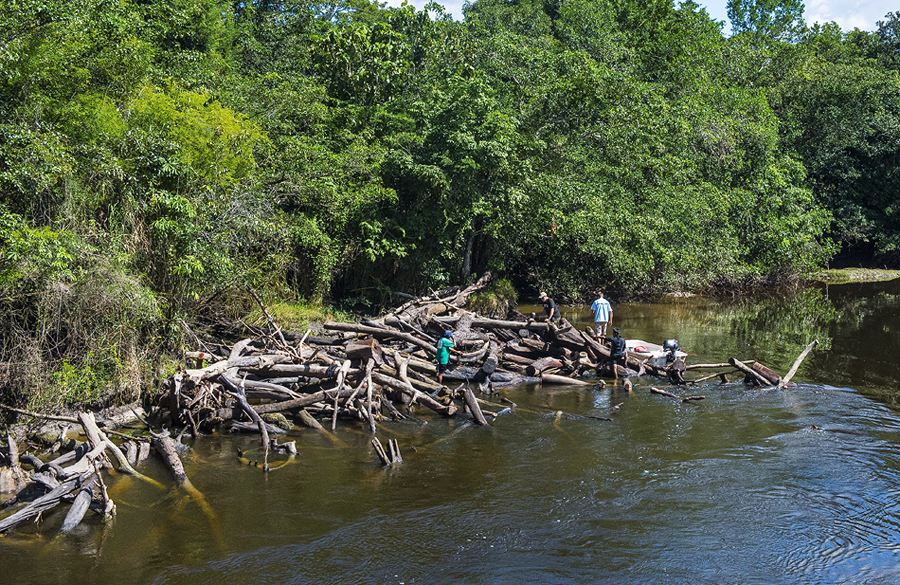 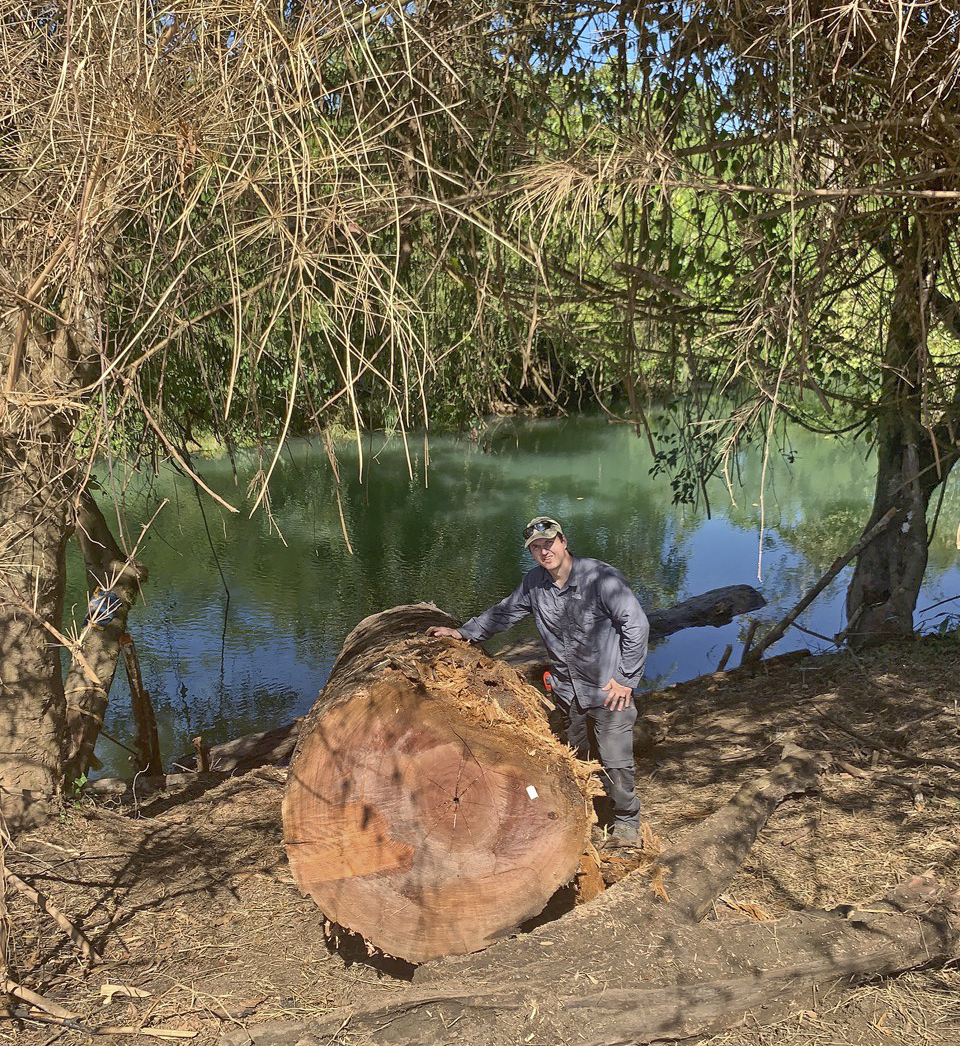 Please Note: If you are planning a visit to Hearne Hardwoods to view the live-edge slabs, we ask that you call ahead with a list of the slabs you would like to see. We will then schedule an appointment and have the slabs out of storage and ready for you to view. Many of the slabs are stored in locations that are very time consuming to access. A list and an appointment will save you a significant amount of time.